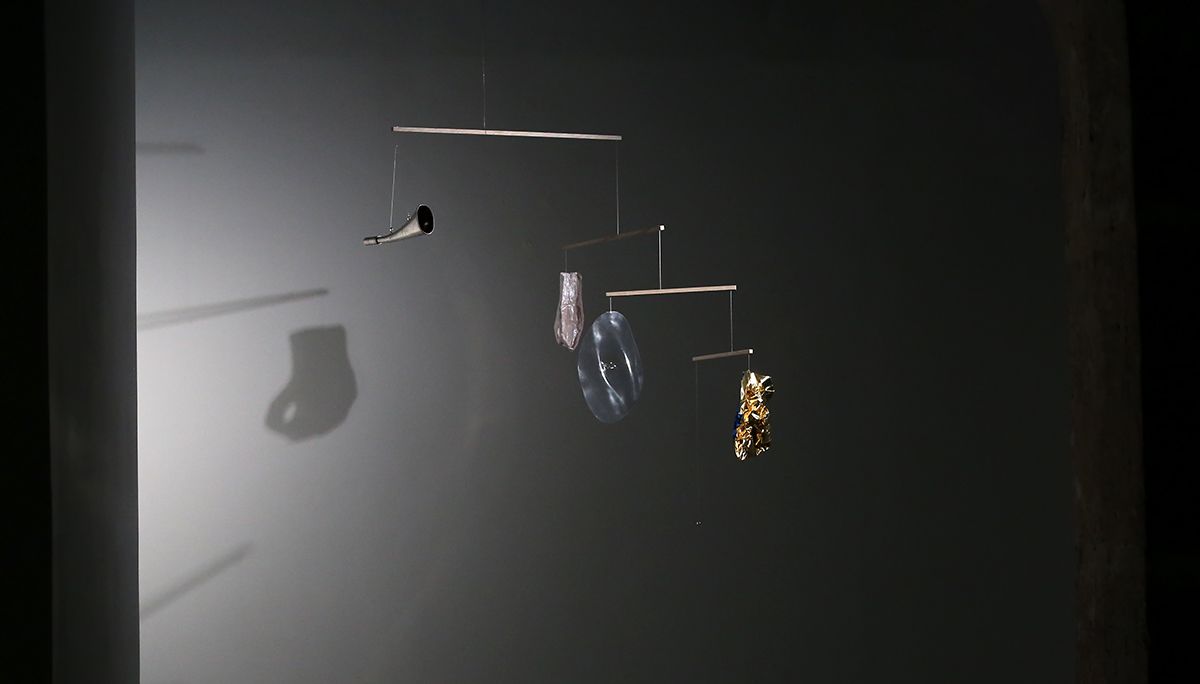 If, by the production of a sound and the phenomenon of the echo, one can apprehend a space and appreciate a distance, these data remain abstract as long as physically this space has not been crossed, that this distance has not been traveled.

This phenomenon can therefore be perceived as symbolizing the gap between the will to know and its concrete realization.

"Mais l’éclat des lointains" presents itself as the exploded mechanics of the production of echo, of which all elements orbit around each other without ever being able to reach. They interact only through their brilliance, by reflecting on each other. It should be seen as a parallel with space exploration, which, as it progresses, is more and more abstract, that is to say, etymologically "separated", because there is an essential, almost ontological, inadequacy. between human being and those unending vastness.

The balance of the whole is created by a small pearl, which concentrates the impossibility of contact and at the same time the beauty of this impossibility, since it is paradoxically because of its inadequacy with its environment that it has been covered with nacre and has reached its perfection. 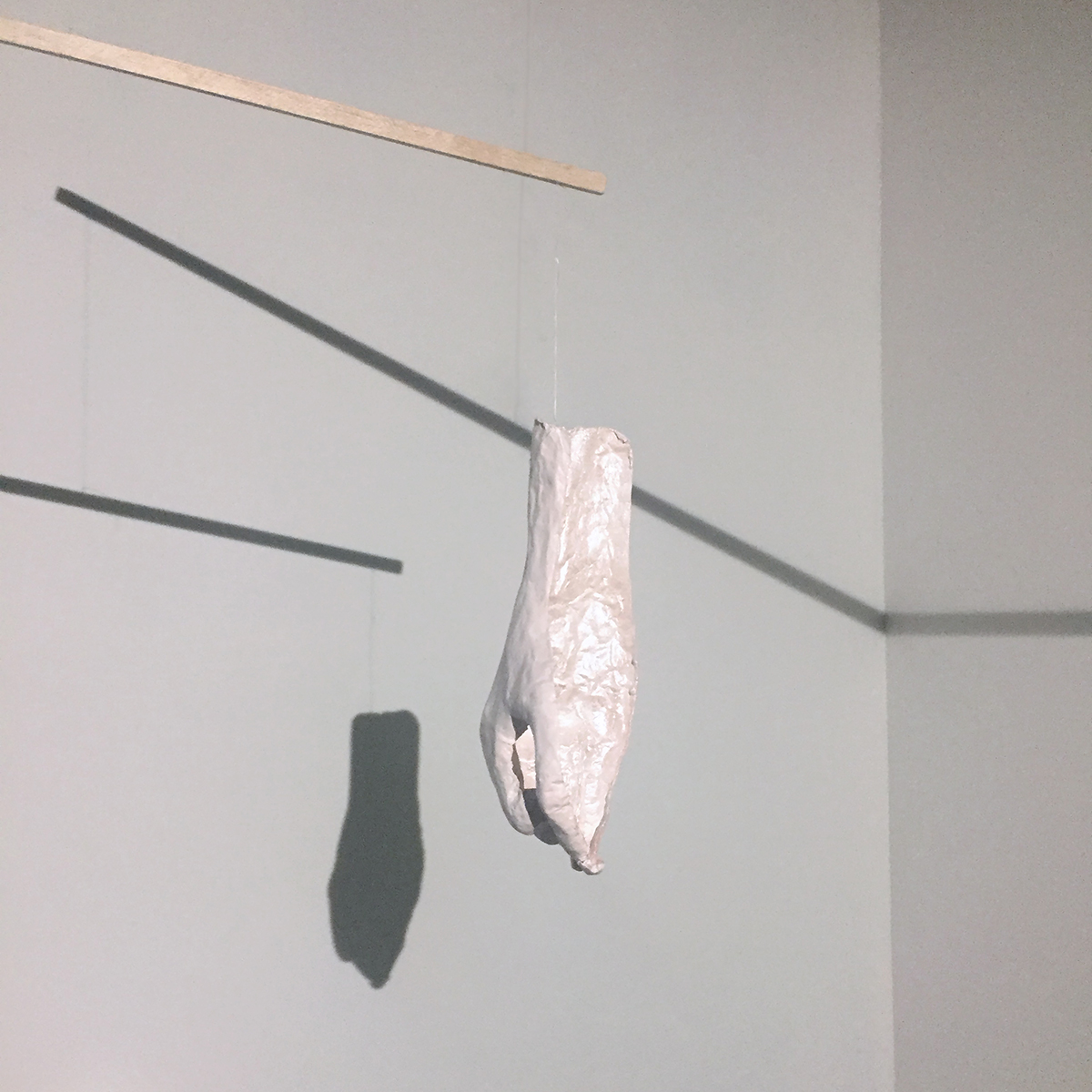 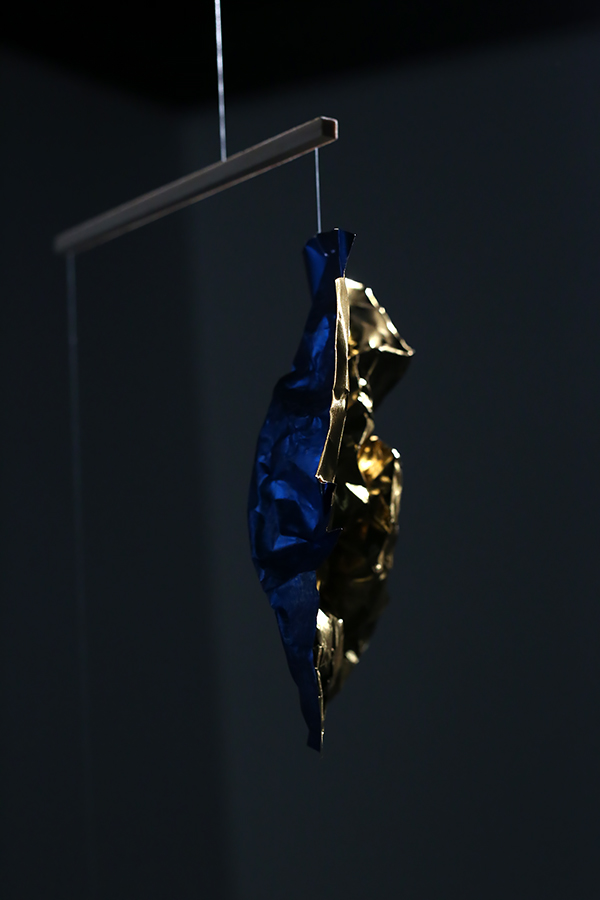 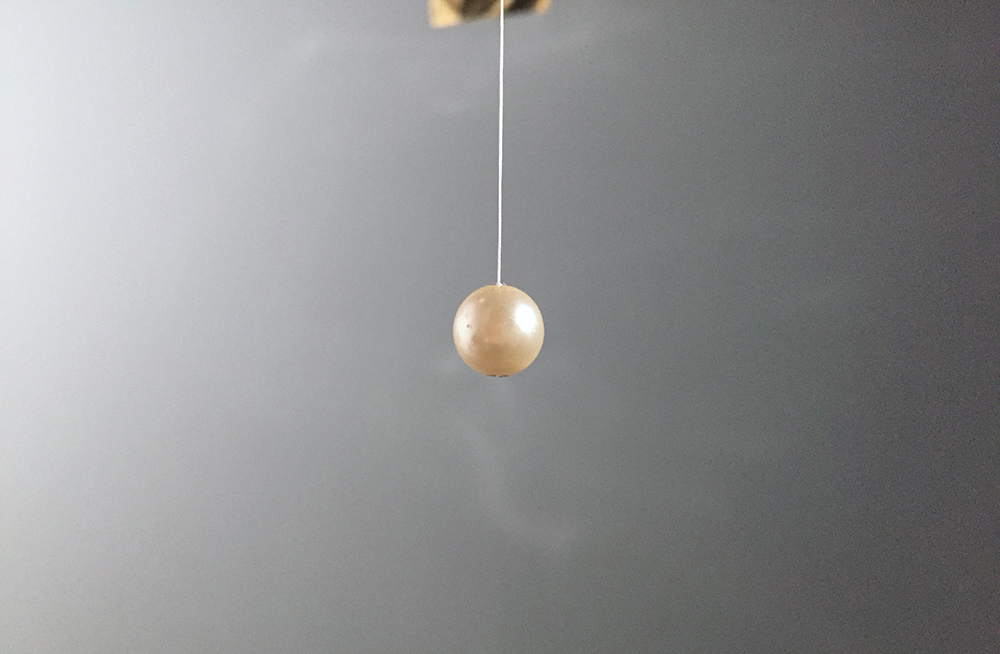