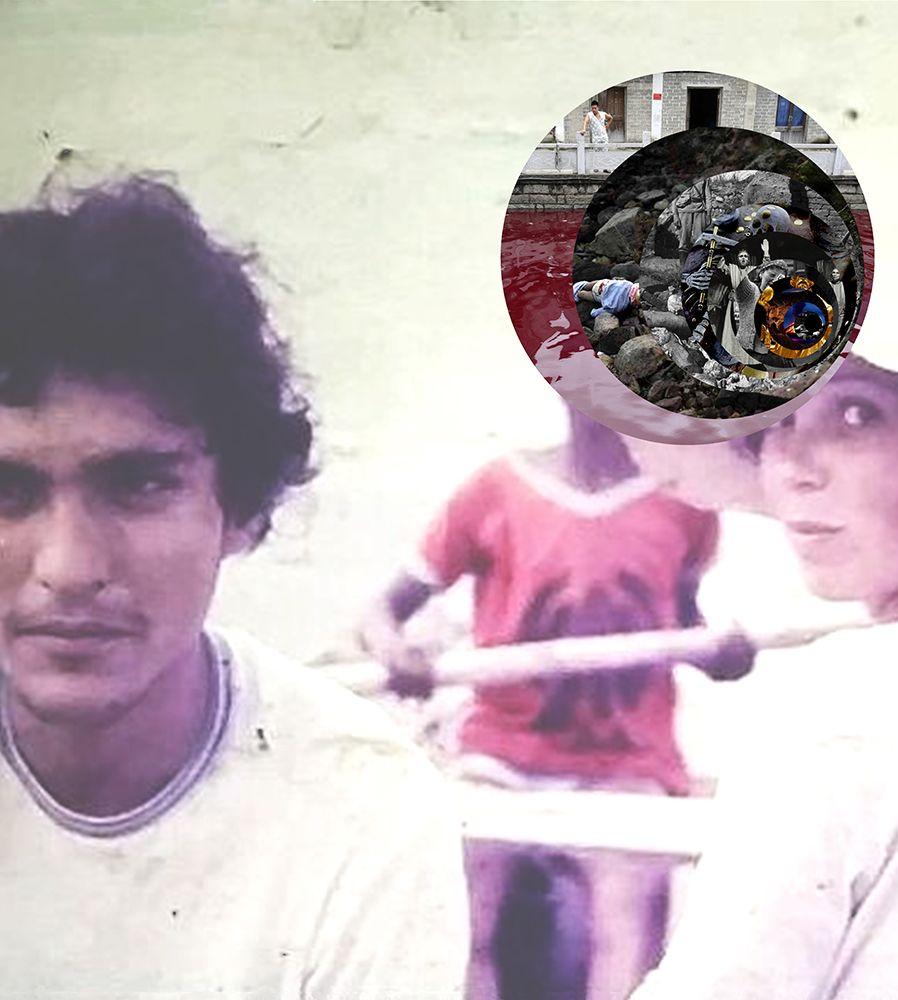 The Visions Liminaires series offers a visual study of the historical echoes phenomena.

Each piece of this series takes the form of a combination of images from a variety of sources, but all depicting key historical moments.
The images consist in circular cutouts of different sizes, superimposed over one another: in the forefront, the cutout in the bigger and paler picture allows smaller and smaller (and darker and darker) pictures to be seen.
Positioned at the bottom of the assemblage, almost illegible, the smallest and darkest picture can be considered as its core, the origin of other events (more easily visible), that would have interacted freely which each other.

Referring to Dante Alighieri’s cosmology in The Divine Comedy, the Visions Liminaires series suggests that the matrix of an historical event should be a relatively innocuous fact which, after having resonated with other elements (possibly anachronistic), would have taken unexpected proportions and orientation.